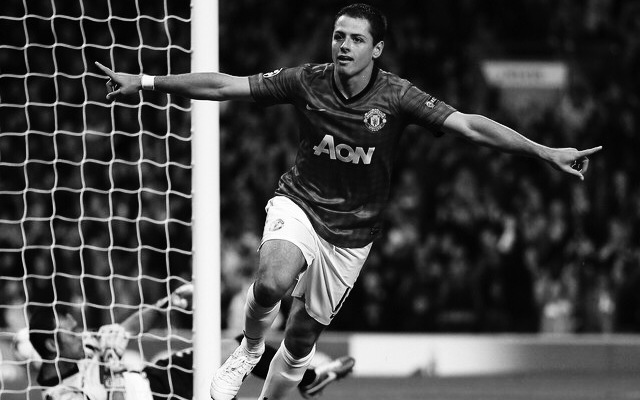 You’ll have noticed in my recent blogs that in the last few weeks I’ve grown increasingly concerned that warnings about Jose Mourinho when he took over at United are starting to come to pass. The Portuguese is a master of passing the buck and obscuring the truth and I’ve particularly felt that his attacks on some players in public have gone beyond what is productive. It’s not been, to date, a great season for the club and coach and players must both take their share of responsibility for that , just as they collectively took credit from the League Cup victory and will do so again should the Europa League be won for the first time in Stockholm. Excuses for failure will, largely, not cut the mustard.

However, Jose did have a point this week when he bemoaned the squad’s lack of a clinical goalscorer. Having signed Zlatan, and with the records of the likes of Martial, Rashford, Mata and Mkhitaryan in mind, it was reasonable to assume at the start of the season that all of the foils for the Swede would offer alternative sources of goals. However, it won’t have taken him long to realise that the squad he inherited isn’t fit for purpose:

“We need to improve our squad. Our football is not bad but we are very far from where I would like us to be….. We have had two transfer windows and we didn’t use the second one, but there are not enough goals in the squad and we will have to do something about that in the summer.”

The manager appears to have a certain type of centre forward in mind:

“Chicharito would have 20 goals easy, even coming from the bench for the last 10 or 20 minutes. He is the guy who naturally the ball comes here, rebounds, here, rebounds here, boom, goal. The goalkeeper saves, he goes there, boom, goal. The cross is coming, he anticipates the first header, goal. And not even coming from the bench, we have this kind of player that scores 10 or 15 goals and gives 10 or 15 more points.”

Mourinho insisted that he would not have sold him as LVG did in his first summer. Many United fans considered the Mexican to be whiny, a moaner, but I was sad to see him go. He was devoid of confidence and the Dutchman clearly didn’t rate him at all. The assumption was, however, that he would be adequately replaced which, sadly, he never was. Radamel Falcao, it transpires, was a temporarily busted flush. A few months later Hernandez was banging in goals for Leverkusen – 38 in 72 appearances to date. The manager has a difficult summer ahead. Funds will be significant but not limitless and it will have become apparent to him that more signings are needed than he may have initially anticipated. Hernandez is out of favour in Germany and would be available for a reasonable fee, allowing the bulk of any summer funds to be spent elsewhere. Perhaps mention of Chicharito is purely illustrative, but it would be no surprise to see him return before the start of next season either, particularly if a failure to reach the Champions League scuppers primary targets. At 28 the Mexican is far from a spent force.

Speaking of strikers, Zlatan has given several interviews in the last week which have made interesting listening. There is an increasing sense that his retention in the summer is not as certain as we once imagined and it appears that he now has the temptation of an offer from LA Galaxy. The Swede has suggested that he does not like wasting years of his career in mediocrity and has not been coy in his feeling that the United squad is not good enough by far:

“The coach is doing the maximum with the team he has – 200 percent. If we were good enough to be first we would be.”

If Ibrahimovic feels that United cannot challenge next season or, perhaps, are not in the Champions League, a mutually agreed exit would not be a surprise. Better to wind down on the beach in California than another fruitless slog in Manchester.

Mark Ogden of ESPN wrote a piece this week suggesting that Zlatan’s departure may be a good thing, as it would force United to properly address the attacking shortcomings which have undermined recent seasons. He may be right. The player is an enigma, scoring a remarkable 28 goals in all competitions this season at the age of 35, making key contributions in some games but also drifting through others, strolling around, misplacing passes and drifting into midfield, leaving no line-leader in the box and blunting United’s attack. The impression he gives is that the club must prove to him that they are good enough to retain his genius, which leaves a sour taste in the mouth. In the case of David De Gea, who has given us so much, a desire to move to a stronger team is understandable, but for the Swede to bail after a year would be extremely disappointing. 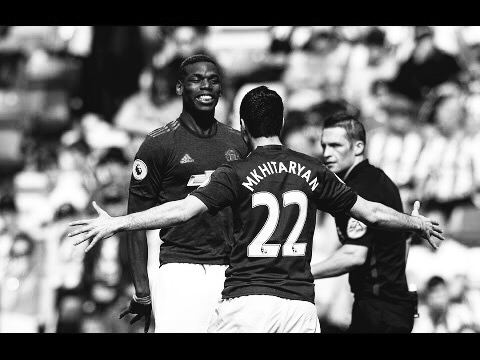 As if to underline his enormous importance to this team, it was Zlatan whose sensational goal out of nothing broke a Sunderland side who are incapable of scoring, let alone winning. The turn and shot, under pressure from two defenders, guiding the ball just inside the post was a world class strike from a player who is not necessarily a great finisher but is most certainly a scorer of great goals. Seb Larsson’s sending off shortly afterwards ended the contest. Whether the tackle was dangerous enough to warrant a red was difficult to judge, even after watching several replays of the incident, but Ander Herrera is the king of aiding a referee to hold aloft the red card. The baby face, the scream and look of anguish, the hand in the air, the full package. You’ve been Andered. Mkhitaryan scored a fine solo goal almost straight from the second half kick-off, but United then appeared determined not to finish their opponent’s off, squandering numerous counter-attacks with numbers on their side. Finally Zlatan fed substitute Marcus Rashford and he drilled home his first Premier League goal since September.

The latter two strikes, both by players lacking in confidence, were perhaps the only positives that we can take from a routine win against a truly dreadful opponent. On the day the side were captained by Marouane Fellaini, perhaps a symbol of the lack of genuine quality at the club. His selection appeared to be made on the basis that he was the longest serving player in the team, meaning that all eleven were signed by post-Ferguson managers. That the team was still packed with mediocrity shows how desperate recruitment was under Moyes and Louis Van Gaal. The three points continue United’s excellent away record this season and we now have three more points from away games than we do from those at home. Depressingly we have played two extra games at Old Trafford. Perhaps the fact that the two games Mourinho’s side have in hand on Liverpool above them are away from home, at City and Southampton, is a good thing, although with all of the sides above United winning this weekend a top four finish looks incredibly unlikely. 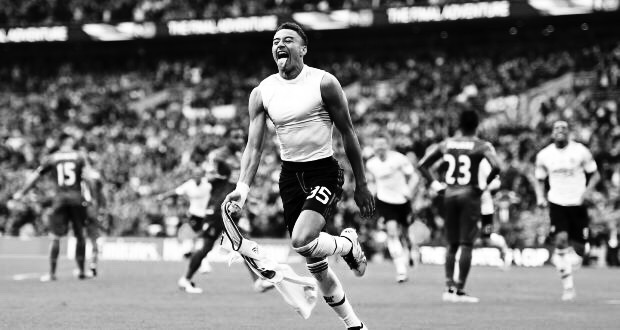 Away from the pitch it was reported that Jesse Lingard has signed a new four year deal with the club for a salary of somewhere between £75k and £100k per week. Cue much outrage on social media from those who felt that the figure quoted was enormous for a moderately talented player. Whilst it is a huge investment for a footballer who is at best a useful squad option, something which Mourinho implied himself in his pre-Sunderland press conference, English players are uniquely valuable in the Premier League. The recently implemented ‘homegrown” squad rules raised their value and Brexit is likely to do so further. Clubs will no longer be able to recruit foreign youngsters until they are eighteen and non-British players will all have to meet Work Permit requirements, whilst a limit on imports within squads is a distinct possibility. Lingard’s status as an academy graduate also adds to his value to the squad and the fans, as does his habit of scoring in Cup Finals. It is hard, therefore, to blame him for earning as much as he can get. His retention also protects his sell-on value and maintains an important link between the United team and the locality. More pertinent is the fact that United have the biggest wage bill in world football and yet have only the fifth or sixth best team in the Premier League, underlining poor recruitment and negotiation across the board. Mourinho’s four signings have provided the club with better value for money and it would be a surprise if that improved approach to transfers did not continue this coming summer. Things may or may not work out on the pitch but Jose remains a fine identifier of talent. 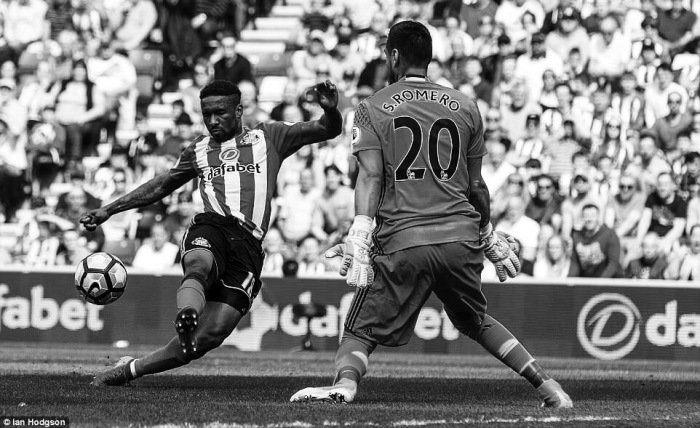 David De Gea missed the game at Sunderland and Sergio Romero gave another assured performance, making one particularly excellent save from Victor Anichebe with the game still goalless. Mourinho suggested that De Gea had a hip injury, but it would be no surprise if that were simply cover for the Spaniard being dropped after some unconvincing recent displays. His replacement is the best number two goalkeeper in the Premier League and will keep his place for Anderlecht on Thursday. When called upon this season he has barely put a foot wrong.

The tie against the Belgians is now of monumental importance to the club and it will be interesting to see how seriously Mourinho takes the Chelsea game which splits the two European ties. Common sense dictates that the Europa League must be prioritised, but the manager hates fielding a weakened side and must he desperate to get one over his old club. Undefeated in 21 League games you would think that United would be heading into that game with confidence, but home form has been wretched and the previous two encounters this season have only served to highlight the massive quality gap between the two teams.